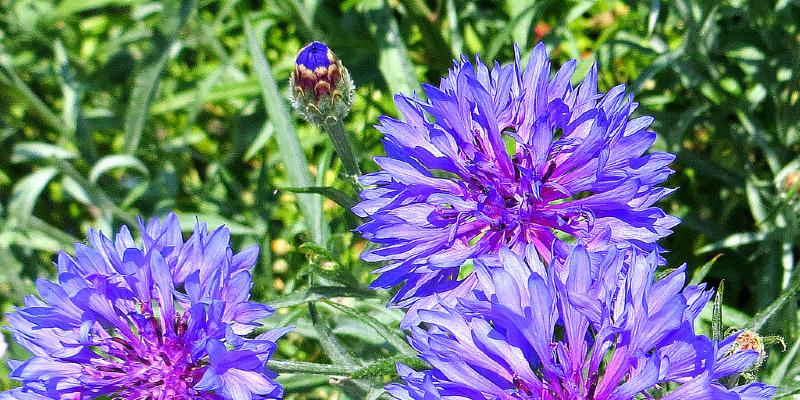 Grasses have been the rage for a few years running, and I for one hope they never go out of style. What you might not know is that grasses fall in to two classes: cool season and warm season. It’s important to comprehend the differences between both.

As their name suggests, cool-season grasses grow when the weather is cool. They are straight from the gate in spring, even when you may be thinking it’s a bit chilly. In mild climates, many are evergreen and grow straight through winter. Cool-season grasses can go dormant and even brown in high summer, but with careful siting (a little shade in the heat of the day) or careful preparation that benefit from the dormancy, they are great garden characters via a massive chunk of the year.

First up is everybody’s favourite, ‘Karl Foerster’ feather reed grass (Calamagrostis x acutiflora ‘Karl Foerster’, zones 5 to 9). ‘Karl’ is your image of long-season interest. It begins early as a distinguished dark green clump, then nearly explodes at a fluffy fount of pink gingham blossoms that nearly triple its elevation. Those later fade into their signature wheat shade and stay pretty for months, even into sunlight. This bud is A-OK with drought in summer, its own nongrowing period, and its columnar form is constantly yanking.

The bud I am telling people about most these days is tufted hair grass (Deschampsia cespitosa, zones 4 to 9). Think of it like a cross between ‘Karl Foerster’ and blue fescue — a tidy, globe-shaped green clump that explodes in summertime with blossoms of the cleanest, freshest apple green. Those fade above clumps such as raindrops suspended on rods into hover and wheat. (See an example in the backdrop within the next photo.) Hair grass is native to northern and western North America. It grows well in sun or partial shade, and damp or dry soil; it enjoys a bit of shade in the heat of the day. Cultivar ‘Northern Lights’ has variegated foliage that turns pink when the weather warms.

Photo by Rasbak via Wikimedia Commons

Blue oat grass (Helictotrichon sempervirens, zones 4 to 8) makes for a great steely blue sphere, such as blue fescue but bigger. This grass could be a cool-season grower, but it will best with soil on the dry side and plenty of sun. Similarly hued flowers appear in early summer and fade into the namesake oat shade by autumn.

Photo by Daderot via Wikimedia Commons

Another underused cool-season bud is autumn moor grass (Sesleria autumnalis, zones 5 to 2). Like tufted hair grass, its apple-green-flowered comrade, this one is a must for fans of chartreuse. Its spiky clumps blossom with small thumbs of soft flowers that shimmer and fade to white with a touch of green. This bud is not a massive lover of humidity, but it’s a fine addition to dry sites in sun.

Rounding out our group is a traditional preferred grass for shade. It’s March in the Northeast at this time, but I discovered my river oats (Chasmanthium latifolium, zones 3 to 8) are already growing. Cool season indeed! This bud is famous for its oatlike blossoms, pictured here, that dry and make for excellent autumn accents. It will seed about, so be wary if you’re particular about that, but I will attest that it’s far less promiscuous in dry shade than damp. River oats are native to wetlands from the Mid-Atlantic and Midwest across the Southeast and west of Texas, so if you live in those areas and get drift seedlings, you can at least be assured you’re creating a positive contribution to your native ecosystem.

Photo from Eric in SF via Wikimedia Commons